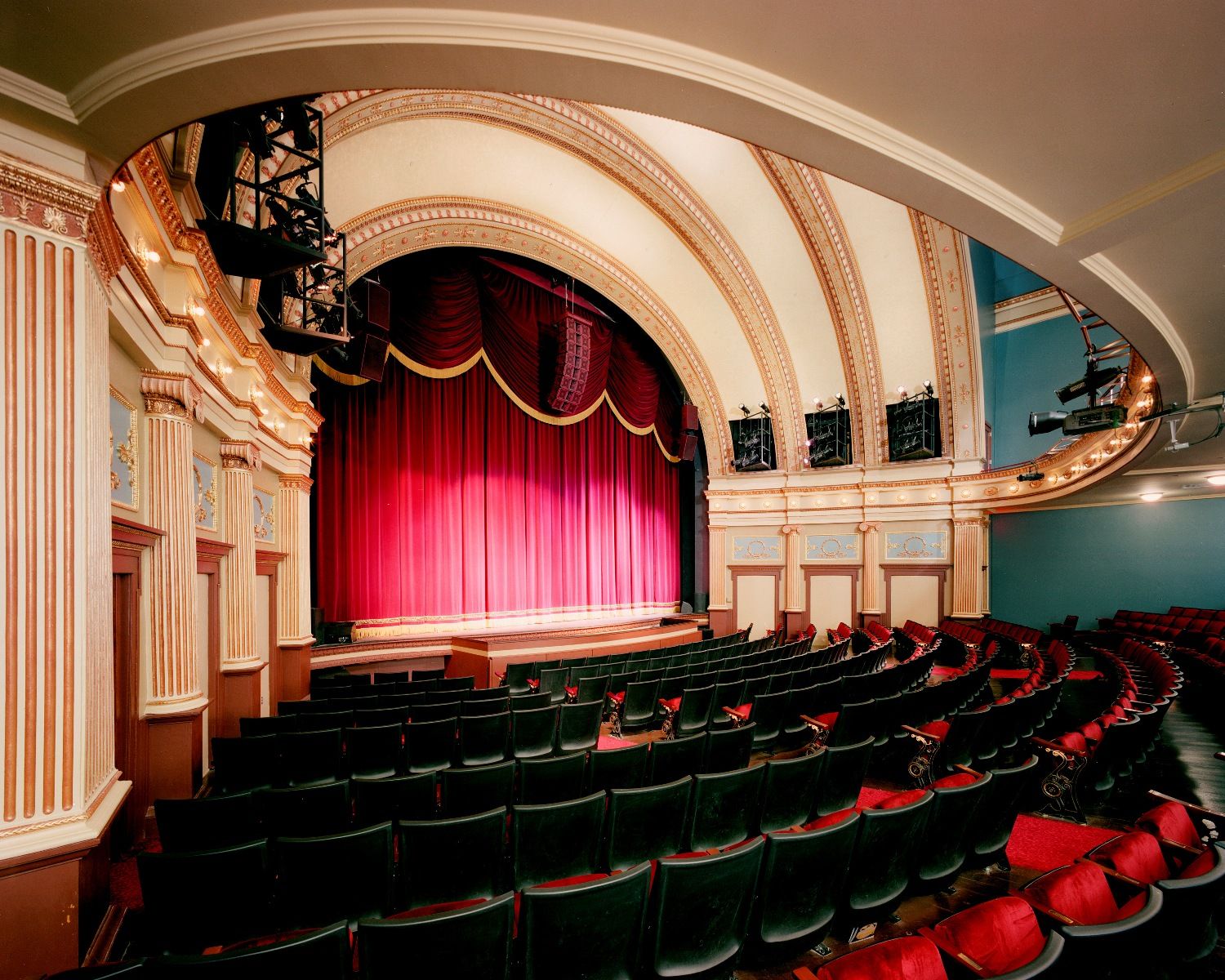 The story of The Grand Rapids Civic Theatre & School of Theatre Arts begins in 1925 when it was originally known as the “Civic Players”. During this period, the Civic Players produced four annual plays in the St. Cecilia Auditorium in Grand Rapids, Michigan. This organization would change its name in 1935 to the Grand Rapids Civic Theatre and boasted early success with over 1600 season ticket holders. The theater drew in over 4,000 audience members for each of the six annual shows they produced at the time.

Life was great for the Civic Theatre, especially in the 1960s when a surge of growth and prominence turned it into a contender for the title of the United States’ strongest community theatres. By the end of the 60s, the theater expanded their focus and began offering classes to teach young people the arts of live performance and strengthen its value to the community of Grand Rapids. But even with these grand intents, as time went on, the age of the facility started to show.

From its location in downtown Grand Rapids, the Civic Theatre had four historic buildings: the Majestic Theatre (1903), the Hull Building (1890), the Botsford Building (1892), and the Wenham Building (1878). These buildings were showing their age, with damages and arrangements that were not completely suited to the modern audiences of the time. That’s when Fred Meijer approached the Civic Theatre with a plan and an initial multimillion-dollar gift to get the renovations started. Meijer’s gift was added to the investment of Grand Action for a total of 10 million dollars that modernized and improved the four historic buildings. Because of Meijer’s gift, the Majestic was renamed to the Meijer Majestic Theatre.

The high regard that The Civic Theatre inspired in their fans, as well as its focus on community arts enrichment, led to an organization that draws unprecedented support. Audience members, theater volunteers, and theater students who wanted to kick start a professional career were drawn to The Civic Theater every week. Today, the Grand Rapids Civic Theatre & School of Theatre Arts has ranked as the 5th largest community theaters in the country. It produces 9 mainstage productions every year with help from hundreds of volunteers who perform, build sets, sew costumes, usher, and other crucial tasks that make the Civic Theatre one of the most popular live performance community venues on either side of the country.

The Grand Rapids Civic Theatre and School of Theatre Arts are unique in that it’s run by a volunteer Board of Directors. The members of the board represent Grand Rapids community businesses and organizations and strive to keep the theater on track with their goals of community support and enriched cultural life. Because of the diverse range of experiences, passions, and knowledge that board members bring to the table, Grand Rapids has remained a unique and fascinating piece of US Theatrical History.

Join this important and landmark organization by ordering your tickets to see one of their shows.

Ticket Policies:
Find out more about our ticket guarantee and other ticket policies.